Metempsychosis: Abyss of Horrors is a dark and punishing solo card game in PRINT AND PLAY form (with PDF documents to be printed and cut into 40 full-colored playing cards with dark fantasy/horror artworks), with its own soundtrack and original gameplay based on a mystical story.

By purchasing this you get THE GAME and THE SOUNDTRACK in one pack.
The download includes PDFs with the rulebook, the gameplay example picture booklet, and sheets with the full PRINT-AND-PLAY version of the game, consisting of 40 full-colored cards. (With printing instructions on the 1st page of the rulebook. Easy!) ...and 8 tracks of fitting dark ambient music by Grimscribe.

+ get the FREE mini-expansion here: https://war-claw-games.itch.io/gods-mercy 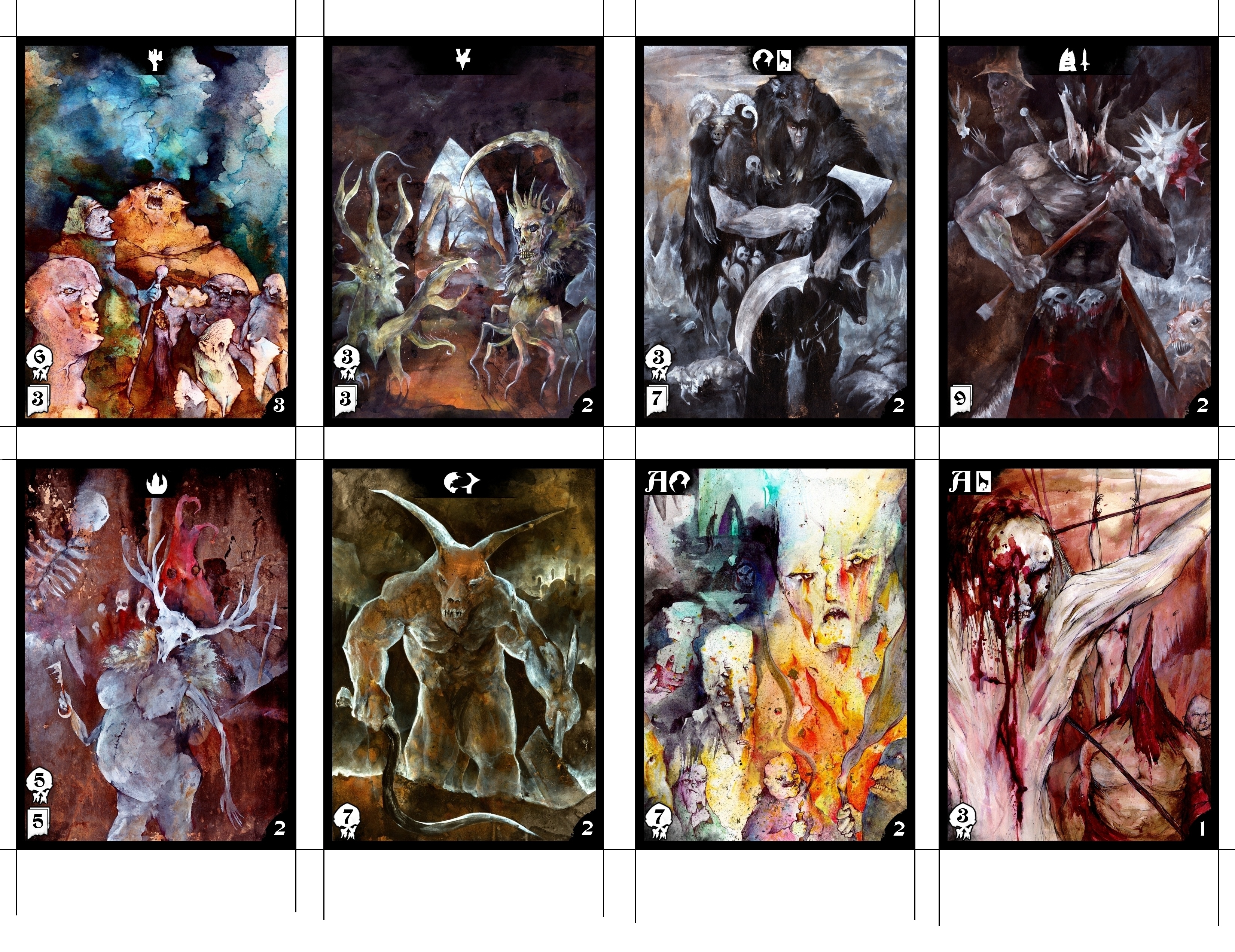 Mystics tell us that in the very principle of everything, the absolute Bliss lingers, from which all the forms of life rise as generous gifts full of Good and Beatitude. But what if the mystics are wrong?

What if the absolute being, that ur-consciousness at the root of every creation, is in itself an unbearable void and darkness, a miserable abyss that has to vomit creations to amuse itself at least a little, to give some, even if pathetic ones, distinct borders to infinity and eternity, unbearable in their utter vastness?

You are a soul born from such an abyss, capturing all forms of being in a desperate try to reach the higher steps of the existence ladder, hoping for some redemption once. You will have to go through the sequence of nightmarish incarnations, endure various evils of different states of being before you can catch some stable point where you could live far from the darkness of the abyss and its tentacles full of pain and despair.

In this game, you represent a soul trying to break free from the cycle of nightmarish incarnations by enduring the right sequence of them, building an octave from cosmic tones, and getting to the higher, more peaceful level of being.

In order to download this game you must purchase it at or above the minimum price of $3 USD. You will get access to the following files:

As a big fan of Forbidden Psalm, once I saw your game and also the others on War Claw Games I knew I had to have them too!

Glad you like my games, thank you very much! :) Btw, at the moment there is a crowd sale campaign going (with a big discount) for my newest game which is not listed here yet (as it is in a physical version so far): https://www.thegamecrafter.com/crowdsale/doom-pilgrim

What can I say... I'm a funeral doom lover. This game looks insane! Can't wait to print it and play!

Thank you, Javier, I am glad you like it! Btw, just later today, a new free mini-expansion is going to be released. But it is for advanced players, so I think it can wait anyway :) (On the other hand, I would recommend you to download and use the already existing mini-expansion called God's Mercy, which is on the other hand recommended for players beginning with the game - making it a little less hard :))

Tuck boxes for the game were made using https://tuckbox.ferociousweb.com/ by Tyson Manwarren

The art looks amazing. I feel the horror just by looking the card

Thank you!!! :) Btw, your comment is very actual, the game has just been refused from another PNP portal for being too intense. ;) 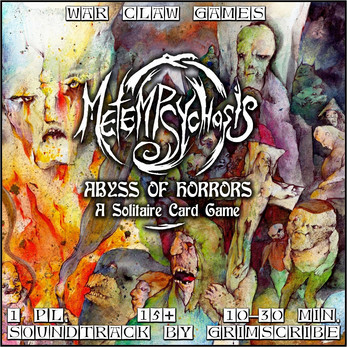 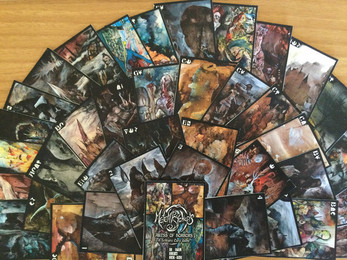 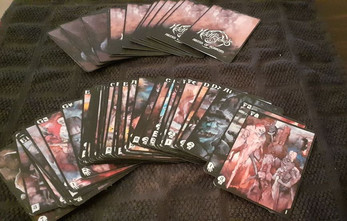 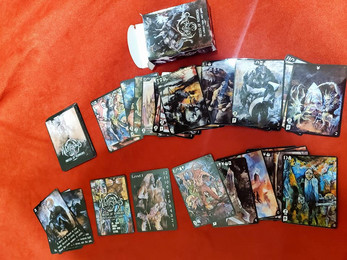 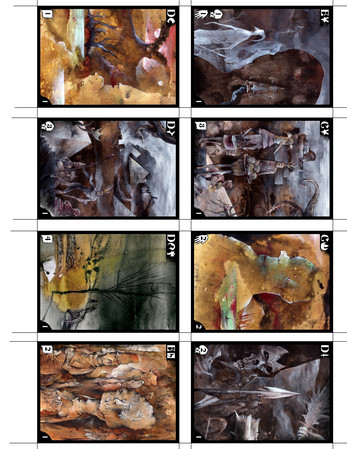 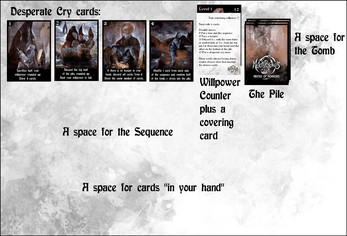 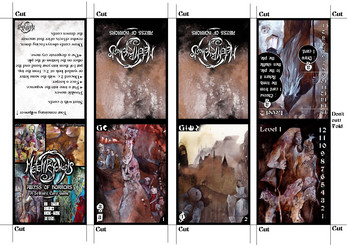 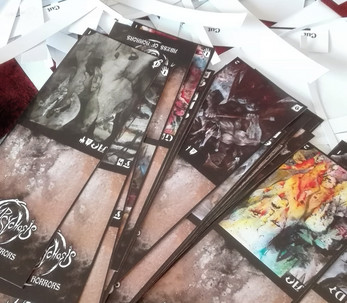 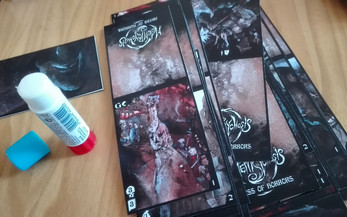 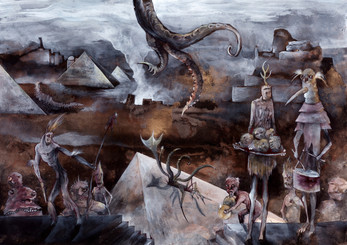 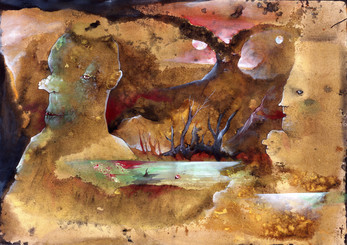 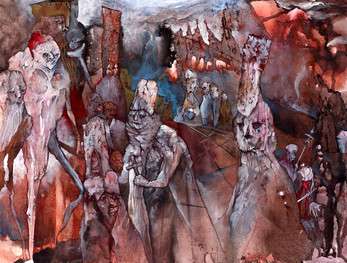